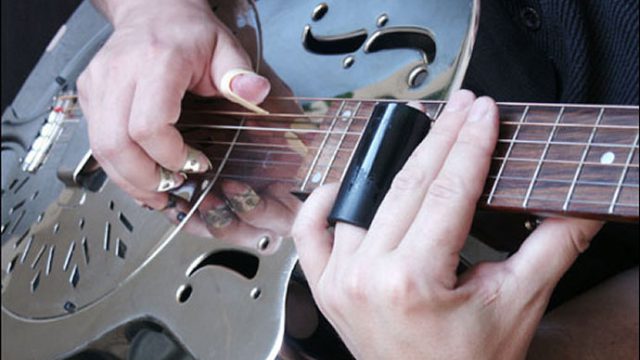 Slide guitar is a particular method or technique for playing the guitar. The term slide refers to the motion of the slide along the strings. Instead of altering the pitch of the strings in the normal manner (by pressing the string against frets), an object called a “slide” is placed upon the string to vary its vibrating length, and pitch. This slide can then be moved along the string without lifting, creating smooth transitions in pitch and allowing wide, expressive vibrato.

Slide guitar is most often played (assuming a right-handed player and guitar):