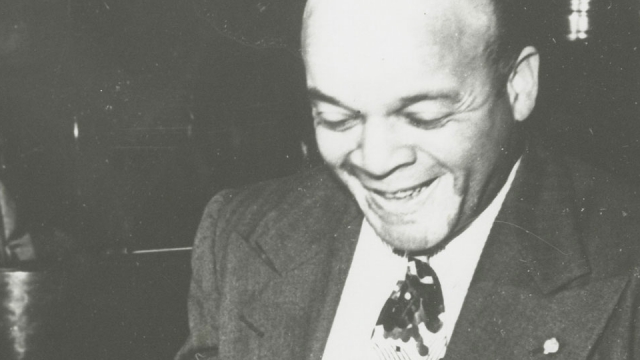 Drummer Minor “Ram” Hall (1897-1959) was born in Sellers, Louisiana, in St. Charles parish, and was the younger brother of drummer Alfred “Tubby” Hall (1895-1946). He started as a substitute for his brother with various New Orleans bands, including Kid Ory’s and Sidney Bechet’s. In 1917, he replaced Tubby in Lawrence Duhé’s band in Chicago and traveled to California with King Oliver in 1921, returning to Chicago soon after to work with clarinetist Jimmie Noone. In 1927 he joined trumpeter Papa Mutt Carey’s Jeffersonians in Los Angeles, remaining with the band for five years. From 1945 to 1956 he worked with Ory again, recording extensively and traveling widely, including a tour of Europe.