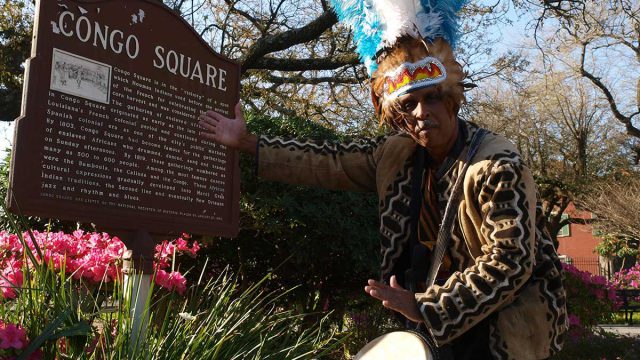 Luther Gray is founding director of Percussion Incorporated and Bamboula 2000, for which he has won the Big Easy Music Award in the World Music Category twice. Luther Gray and Bamboula 2000 annually teach approximately 5,000 students in elementary, middle, high schools and universities around the country. He is also credited with the founding of the Congo Square Foundation, which began in 1989 and was renamed the Congo Square Preservation Society in 2011. As lead drummer for the Guardians of the Flame Mardi Gras Indians since 1990, Gray has traveled around the world using music as a way of transforming communities into healthy and peaceful places for people to be born, grow and reach their full potential.