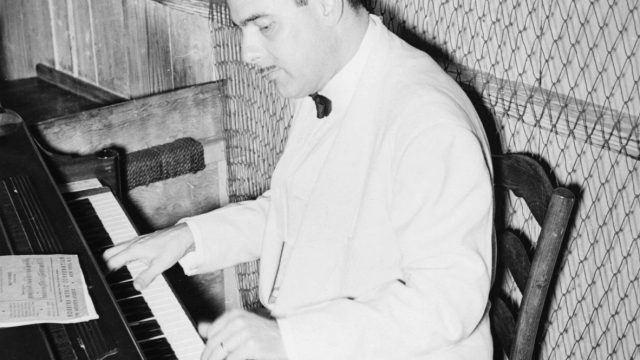 Pianist Armand Hug (1910-1977) began his career accompanying silent films in 1924 before joining the clarinetist Harry Shields’ jazz band at the Fern Dance Hall in 1926. During the latter 1920s and 30s Hug worked with the New Orleans Owls and Johnny DeDroit, and in 1936 he made his first recording with trumpeter Sharkey Bonano. From 1941 Hug worked primarily as a solo pianist but in the 1950s could often be found among the studio musicians who recorded for Joe Mares Jr’s Southland label.